The future can well be this: 10 million people are willing to pay you $2 for 26 episodes of a top-quality show. That’s Rs.120 crore. Even if you split that, it’s a good amount. At this point, it all sounds like we are smoking something but Netflix has already done it”

So digital video is an area Nair would like to see Balaji grow into, over the next two-three years. He is also looking at sports programming through ownership of a team, perhaps in kabaddi or football. “Creating programming surrounding alternative sports could be an option too,” he says, adding that there is no concrete plan yet. “We are going to look to collaborate now. We have got our strengths but we want to do more things. We want to grow the company—grow it tenfold, for argument’s sake,” he says. Ditto TV offers 60 Indian TV channels such as Colors, Sony and Zee TV online – on the mobile, tablet or laptop. If you are a Vodafone, Airtel or BSNL subscriber, you could pick and choose what you want and get billed by the mobile operator. After a year of its launch, Ditto TV has 292,000 active users paying anything from Rs 10 to Rs 100, depending on what they buy. And here is the surprising bit: Ditto TV is the OTT, or over-the-top, arm of the Rs 6,350-crore Zee Group, one of India’s largest media houses.

T-Series, India’s largest music company, got more than 90 per cent of its March 2013 revenue of Rs 450 crore from “non-physical” formats. Some of that is the fees from restaurants for playing its music, while the bulk comes from scores of streaming and download services such as Saavn and Gaana.com or from YouTube. T-Series has remained the most viewed channel on YouTube for over three years now.

The others among the top ten on YouTube include the Rs 1,074-crore Eros International, India’s largest film studio, the Rs 6,100-crore Star India, Shemaroo Entertainment, an erstwhile video company which is now a digital content firm, and Rajshri, the digital arm of one of India’s oldest production houses.

The who’s who of the Rs 83,000-crore Indian media and entertainment industry is back online, and with gusto. The growth in mobile devices coupled with an improving bandwidth has liberated millions of Indians. This in turn has led to an explosion in online video consumption in one of the world’s largest internet markets. From liftmen and security guards to college students – more than 227 million Indians are online. They could be watching films, cricket matches, TV shows, yoga and cookery lessons, among other things, on their mobiles, laptops, tablets, phablets et cetera. According to comScore, a digital anyalytics company, more than 59 million people went to one video site or the other in November 2013. The actual figure is larger as the comScore sample doesn’t yet include mobile devices. 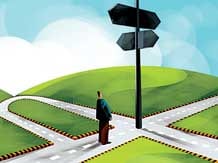 PVR began its innings in the movie exhibition business by introducing world-class multiplexes in India and went for a ‘related’ diversification into the high-risk high-return business of film production. It decided to get out of the movie making business post the 2012 release of Hindi movie Shanghai because it doesn’t see this as a viable business opportunity for the long term. HCL Infosystems, our second example, said recently that it will phase out its manufacturing business over the next few years to improve margins and increase organisational efficiency. The company will instead focus on strengthening the services and distribution verticals. HCL Infosystems CEO and managing director Harsh Chitale has been quoted in the media saying HCL “will be in PC distribution and in after sales services but will not manufacture HCL branded products in the future”.