Director Bryan Singer’s return steadies the X-Men franchise, after the recent Wolverine dominated film. His  latest installment ‘X-Men: Days of Future Past’ deals with a post-apocalyptic scenario, but not on how to handle it, instead how to preclude it. Wolverine volunteers for a life threatening time travel mission into past and change it for a better future, both for mutants and human beings.

Visually, this is a great  X-Men movie, with VFX, set designs, costumes, and cinematography being exceptional.

Set piece scenes are pretty satisfying, for instance, Prison Break in the first half and Magneto’s attack towards the climax. 3D effects are used judiciously, except for the long sequence at the beginning of the movie. Quick silver’s scene during the escape is definitely one of the highlights of the movie. (FXGuide covers this in detail here.) 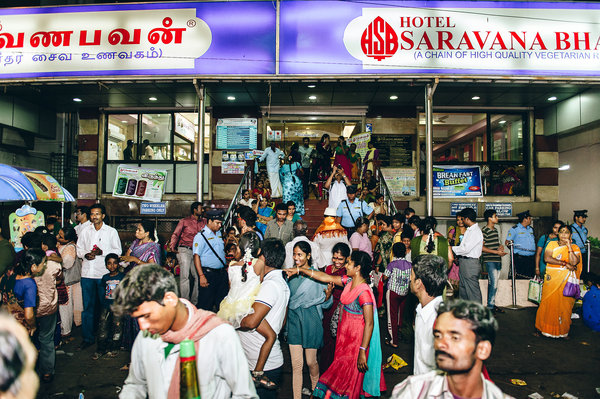 Saravana Bhavan doesn’t look like a house of secrets. Its dining room at the corner of Lexington Avenue and 26th Street is clean and bright and often attracts a line out front. It doesn’t advertise because it doesn’t need to; the fact that it’s one of the world’s largest chains of vegetarian restaurants — 33 in India, another 47 in a dozen other countries — is considered too obvious to its core clientele of Indian expatriates and tourists to be worth trumpeting. In a city overwhelmed with underwhelming north Indian food, Saravana Bhavan is the standard-bearer of the delicacies of the south, but it makes no effort to educate the uninitiated. If you don’t know what a dosa is or how to eat it, you’re on your own.